“Simplicity is a great virtue but it requires hard work to achieve it and education to appreciate it. And to make matters worse: complexity sells better.”

Ever wondered what asymptotic complexity or Big-\(\mathcal{O}\) notation are or what they mean mathematically? This post will explain asymptotic complexity without handwaving as much of the math. This post is meant for someone who has heard of Big-O but doesn’t know exactly what it means. If you want an even deeper more rigorious look at this subject, I recommend reading chapter 3 of CLRS.

We can think of the time complexity of an algorithm being a function \( T(n) \) where \(n\) is the size of the input to the algorithm. The asymptotic complexity of \( T(n) \) is a way we describe the behavior of the function’s complexity for larger and larger input sizes (how it behaves closer to the asymptote).

To describe asymptotic complexity, we use Big-\(\mathcal{O}\) notation which allows us to talk precisely about the limiting behavior of a function. This “limiting behavior” is how the function behaves as \(n\) approaches \( \infty \).

I’ll quickly describe Big-\(\mathcal{O}\), Big-\(\Omega\), and Big-\(\Theta\) but there are lots of other notations that exist like little-o or little-\(\omega\) which is out of the scope of this post.

We use Big-\(\mathcal{O}\) to denote an asymptotic upper bound on a function i.e. a bound on the worst case. “It can’t get worse than this.” 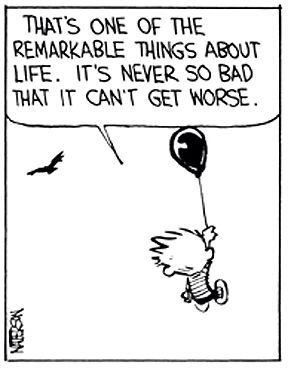 To better understand what this means, below is the formal definition of Big-\(\mathcal{O}\) for a given function \(g(n)\).

To put that into words, \(\mathcal{O}(g(n))\) is the set of all functions for which you can always find a positive integer \(c\) such that \(cg(n)\) is always greater than or equal to that function starting at a sufficiently large value \(n_0\). 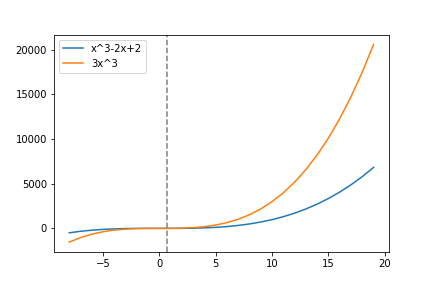 Big-\(\Omega\) is the lower bound counterpart to Big-\(\mathcal{O}\). It is a bound on the best case of an algorithm. Normally, in computer science, we are more worried about the worst case performance of an algorithm but in some cases, lower bound analysis is useful. 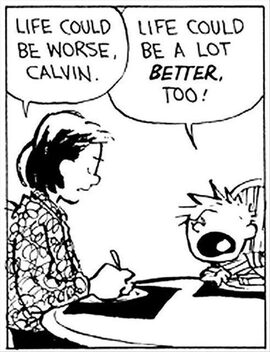 Also, the following is true,

Finally, here is the definition in set builder notation and as you can probably guess, is a mix of the definitions of \(\mathcal{O}\) and \(\Omega\).